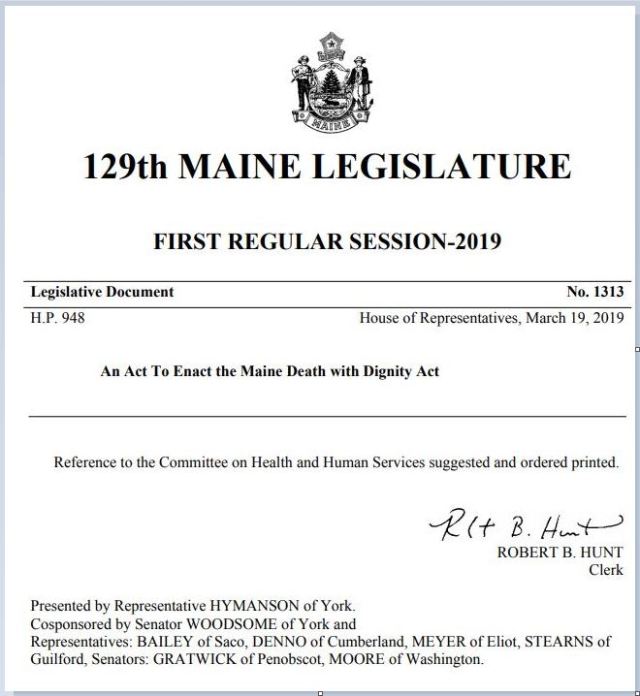 As noted in the ‘In Other Countries’ section, the Maine Death with Dignity Act was introduced in the legislature earlier this year as LD 1313 by Representative Patricia Hymanson (D-York), a retired neurologist, with bi-partisan co-sponsorship from both chambers. The bill passed in the House by 73 to 72 and in the Senate by 19 to 16. 73% of Maine voters overwhelmingly support this legislation, according to a March 2017 Public Policy Polling survey.

The law will go into effect 90 days after the end of the legislative session, which adjourned on June 19. 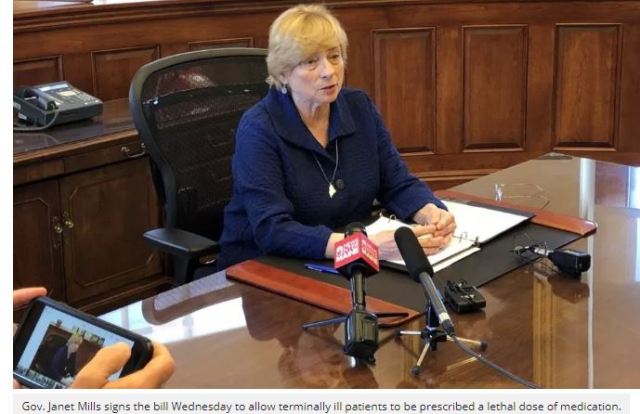 Like the Oregon law it is based on, the Maine Death with Dignity Act allows qualifying terminally ill adult state residents to receive prescription medication to end their lives in a peaceful and dignified manner. The patient must be competent and deemed by two physicians to be within 6 months of death, the same standard as hospice, and capable of taking the medications themselves. The process entails two oral and one written request witnessed by two people and a lengthy waiting period.

According to the Death with Dignity National Center, a Portland, Oregon-based non-profit, a similar law has been in place in Oregon since 1997. In over 40 years of combined flawless implementation in Oregon, Washington, Vermont, California, Colorado, D.C., the death with dignity option has been used sparingly. In Oregon, fewer than 4 in 1,000 deaths in the state are under the law. A third of those who successfully obtain a prescription opt not to use it.

Maine Death with Dignity, which reported this news, is a grassroots political action committee which was established in 2017 for the purpose of passing an assisted dying statute in Maine based on the Oregon model law and campaigned vigorously for it.

This site uses Akismet to reduce spam. Learn how your comment data is processed.